A happening with Monica Ross on the site of my former home on 138 St Lawrence Square, Newcastle upon Tyne, which took place on 14 November 2009, as part of Wunderbar Festival.

On this site, a row of council houses was demolished in 2008 to make way for a new housing development, which was abandonded following the 2008 financial crisis.

The work was a housewarming in reverse, inviting people to join and see the formerly existing home, an empty strip of grass land next to a park.

A video by Film Bee about Housewarming was published through Vimeo 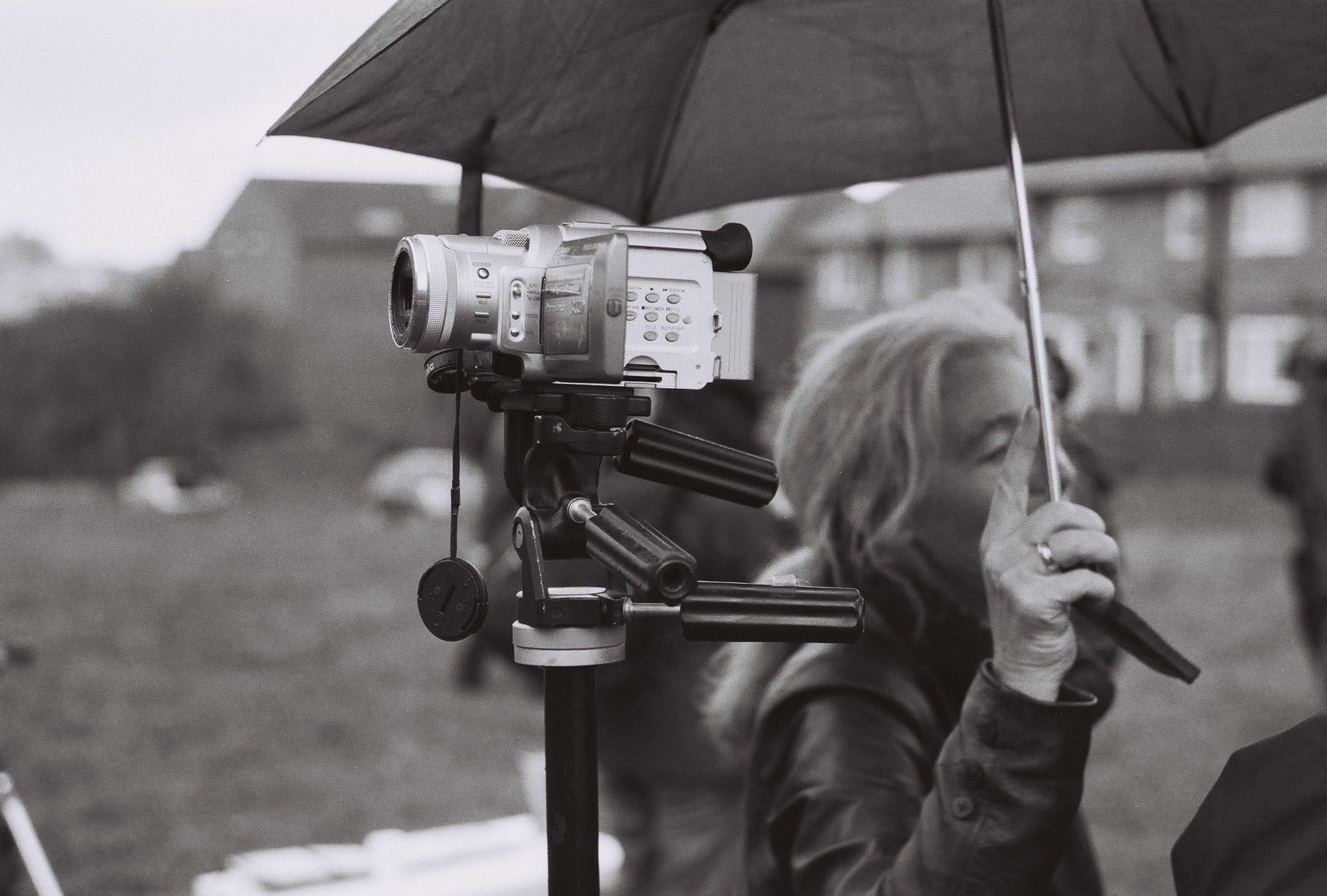